It wasn't the usual email we tend to get.

"Dear OCC," it read. "My husband's Great Uncle was Lawrence O. Murray, Comptroller of the Currency for Theodore Roosevelt. We have boxes and books of his correspondence during his term. They are silk copies of letters etc. and books of his duties as comptroller. Do you want such things or shall we just keep them in storage?"

Yes, we did. And now we have them.

The donors, Trina and Jack Kelley of Painted Post, New York, weren't aware of it at the time, but Lawrence O. Murray, who occupied the office between 1908 and 1913, was one of the most important—and most unpopular—Comptrollers in the whole history of the OCC. He was described this way by a career person who served under him:

Mr. Murray was the most peculiar character who ever occupied the office of Comptroller of the Currency. His moods and tenses were so changeable and inconsistent that the subordinate officers and employees of the [Currency] Bureau [as it was then called] who came into daily contact with him were at first inclined to believe that his mental eccentricities were due to the condition of his health. But later they were obliged to abandon this charitable diagnosis, because of the fact that as his health improved his peculiarities became more pronounced. 1 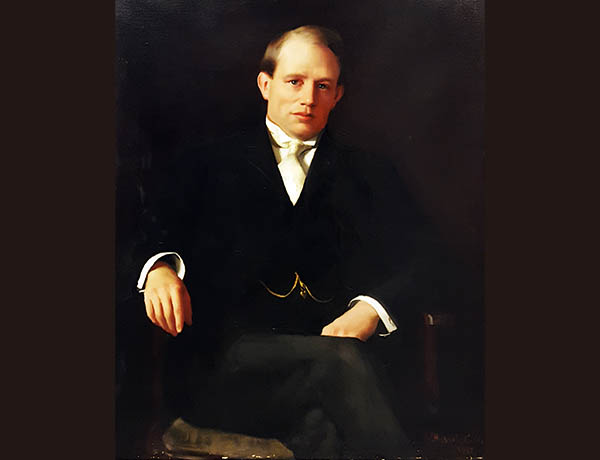 The "mental eccentricities" in question might have been related to Murray's openly expressed opinions about the quality of the OCC's work. In 1908 hearings of the National Monetary Commission, a body convened to examine the causes of the banking panic of the previous year, Murray concluded that OCC supervision had been "inefficient and ineffectual and disastrous"—not words calculated to endear a chief to his staff. This was not the first time he had spoken about, or to, OCC examiners in that tone. Weeks after taking office Murray summoned examiners all over the country to come (at their own expense) to Washington, where he told them "frankly that their work was bad in the main—too hurried; too superficial; that their estimates of the assets of the banks were practically worthless; and that unless their methods improved many of them would have to be dismissed." 2 One can only imagine the reaction of his audience.

That Murray was a harsh critic of the agency he had been appointed to head has long been a matter of record. But now, thanks to the collection of Murray manuscripts and memorabilia in the OCC's possession, we have a better understanding of why he was emboldened to confront the agency's shortcomings and the people he held accountable for them. Perhaps the most interesting items in the collection are letters and signed photographs reflecting Murray's close personal relationship with President Theodore Roosevelt. There is a group photo of Murray as a member of Roosevelt's "Tennis Cabinet"—the small circle of government officials, foreign diplomats, and associates whom Roosevelt would frequently invite to join him for a match (and a mint julep) on the tennis court he had built on the White House grounds in 1903. There is an invitation to the wedding of the president's daughter Alice to Nicholas Longworth, the highlight of the 1906 social season, and the personal notes exchanged thereafter. And while the collection include no "smoking gun," ordering Murray to shake up the OCC, that directive may be inferred from a key characteristic of Roosevelt's presidency: the relentless drive to challenge established interests, modernize government, and make it more effective and responsive.

That was just the spirit that animated Comptroller Murray.

Lawrence O. Murray left the OCC after a single term. Actually he was fortunate to have lasted that long, especially after Roosevelt vacated the White House in 1909. The new president, William Howard Taft, wasn't a fan of the tennis court or of most Roosevelt loyalists.3 The former he quickly converted back to lawn; and the latter were relieved of their positions at the first opportunity.