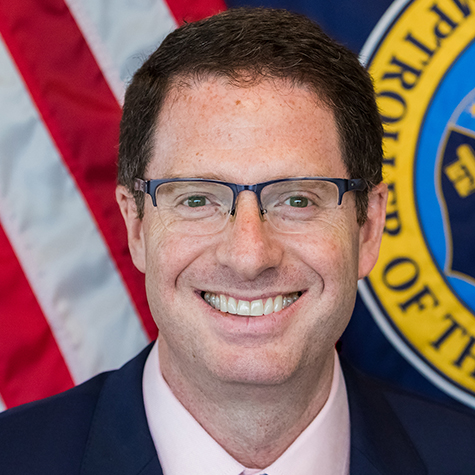 Brian P. Brooks became Acting Comptroller of the Currency on May 29, 2020. As administrator of the federal banking system, the Comptroller oversees the supervision of national banks and federal savings associations and federal branches and agencies of foreign banks in the United States. Oversight of these institutions comprises nearly two-thirds of the assets of the commercial banking system. The Comptroller is also a director of the Federal Deposit Insurance Corporation and member of the Financial Stability Oversight Council.

The OCC carries out its mission through a number of departments and offices under the leadership of the Comptroller and senior deputy comptrollers.

Office of Enterprise Governance and the Ombudsman

Office of Minority and Women Inclusion