27th Comptroller of the Currency 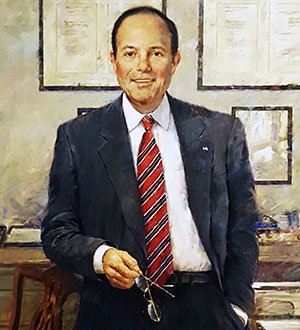 President Bill Clinton selected Eugene A. Ludwig to become 27th Comptroller of the Currency in 1993. Before becoming Comptroller, Ludwig was an attorney in Washington, DC, specializing in intellectual property law, banking, and international trade. As Comptroller, Ludwig led the agency through a period of substantial change, both within the financial marketplace as well as in the supervisory and examination practices of the agency. He improved safety and soundness supervision through adoption of supervision by risk — an approach that has been emulated by virtually every other supervisory agency in the U.S. and abroad. He spearheaded the Clinton Administration's efforts to modernize the banking industry by allowing banks to engage in a wide variety of new activities and to operate under a less burdensome set of rules and regulations. And he led the government's efforts to reform the Community Reinvestment Act and more vigorously enforce the fair lending laws. Ludwig's activities led to a tremendous increase in lending to — and investment in — America's low- and moderate-income communities. After his term as Comptroller, Ludwig became a financial consultant.