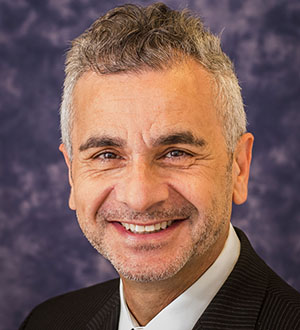 Ammar Askari is the director for Community Affairs Outreach within the Bank Supervision Policy Department at the Office of the Comptroller of the Currency (OCC).

In this role, Mr. Askari supervises 12 Community Affairs Officers who serve as liaisons among the agency, OCC-supervised banks, and the community on issues related to the Community Reinvestment Act and community development in the agency's three regions.

Before joining the OCC, Mr. Askari was the Community Education Administrator and Vice President in retail administration at Marshall & Ilsley Bank, Milwaukee. In that role, he designed, implemented, and administered a community financial literacy program for the bank. He also served on the bank's compliance team and led the bank's effort in designing products and services targeting the unbanked and underbanked.

Previously, Mr. Askari was a faculty member of the Economics Department at Indiana University at Columbus. There, he taught economics and statistics and served as an academic advisor for the School of Business and College of Liberal Arts. Mr. Askari founded and managed a nonprofit Center for Economic Education that trained K-12 teachers on how to incorporate economics into their curriculum.